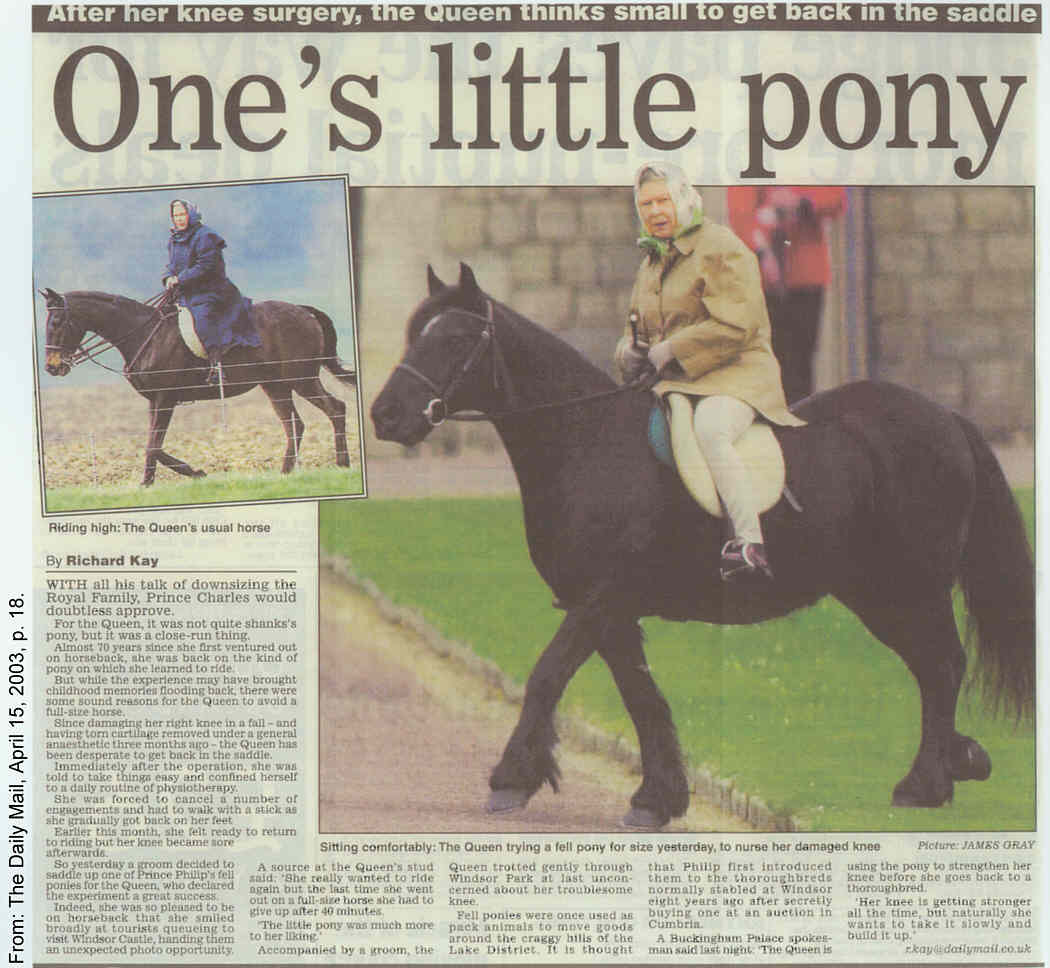 This article appeared in The Daily Mail (http://www.dailymail.co.uk/) on April 15, 2003.
(Reprinted with permission of Richard Kay/The London Daily Mail)

Incidentally, contrary to what is stated in the article, Fell ponies were at Windsor Castle much more than "8 years ago" [i.e., 1995].  In fact, the Royal family’s involvement with Fell ponies began with King George V, who acquired several Fell ponies to be used as deerstalking and shooting ponies at the Balmoral and Sandringham estates around 1932, when HM Queen Elizabeth II (then HRH Princess Elizabeth) was about 6 years old.  Later, King George VI's mare, Windsor Gipsy, was driven by HRH Princess Elizabeth at the Royal WIndsor Horse Show in the 1940’s.  Her sister, the late HRH Princess Margaret, drove the same pony to victory as well.  Gipsy was sent to Balmoral Castle after World War II, when the Royal family also began breeding Fell ponies with Gipsy as their first foundation mare.   Her Majesty still breeds and rides Fell ponies today, and is the patron of the Fell Pony Society in the UK.  (© MJ Gould-Earley 1997-2012)