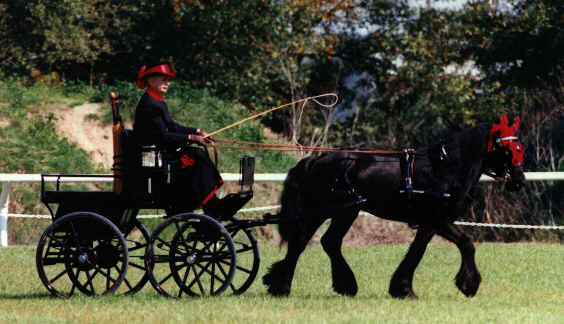 "Tarnbeck Lightning", sire of Newfarm Storm (below) put to
a Montfort Vehicle by Mary Nygaard. Photo courtesty of New Farm in
Englewood, FL.   Lightning was Youngstock Champion at the Royal
Show (UK) before being imported as a yearling by New Farm.

To see some examples of our ponies' offspring, visit the "Our Progeny" page, or